Sources speak of an attack from Iran

Rockets fell near the US consulate in the city of Erbil in northern Iraq. US and Iraqi officials say there have been no reports of casualties in the attack, which one source said was launched from Iranian territory. 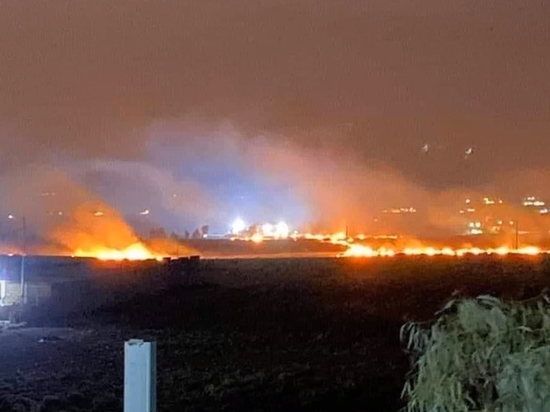 As many as 12 ballistic missiles hit the capital of Iraqi Kurdistan, Erbil, in northern Iraq, with several of them reportedly falling near the US consulate.

According to The Guardian, a US official said the missiles were launched from neighboring Iran early Sunday morning, but there were no reports of casualties.

Iraqi and US officials gave different estimates of the damage. One U.S. source stated that there was no damage or casualties at any U.S. government site, and that there was no indication that the target was the new consulate building, which is currently unoccupied.

Iraqi official in Baghdad, he first stated that several rockets hit the consulate and that it was the target of the rocket attack. Later, Louk Ghafari, head of the Kurdistan Foreign Media Agency, stated that none of the missiles hit the US facility, but the areas around the complex were hit.

Residents of Erbil have posted videos on the Internet showing several powerful explosions, and some of them said that the explosions shook their houses. Reuters was unable to independently verify the authenticity of the videos.

According to a statement by the Kurdistan Regional Government, the missiles were fired from “the east outside the borders of Iraq” at the new US consulate building and residential areas. Buildings and houses were damaged in the attack, and one person was “slightly injured,” the statement said. As CNN notes in this regard, although the statement does not name the country, Iran borders Iraq in the east. No claims of responsibility for the attack have yet been reported.

“Several missiles fell on the city of Erbil,” Erbil Governor Omid Khoshnav said, quoted by the Iraqi news agency INA. The governor said it was unclear whether the intended target was the US consulate or the airport where the US-led coalition fighting the Islamic State (a terrorist organization banned in Russia) is based.

“We condemn this terrorist attack committed against several sectors of Erbil and urge the residents to remain calm,” Kurdistan Prime Minister Masrour Barzani said in a statement.

The attack came days after an Israeli strike near Damascus, when two members of Iran's Islamic Revolutionary Guard Corps were killed in Syria.

Iranian state news agency IRNA quoted Iraqi media as acknowledging the attacks, without specifying where they came from committed.

Satellite TV station Kurdistan24, located near the US Consulate, went on air from their studio shortly after the attack, showing broken glass and debris on the floor of their studio.

In the past, U.S. forces stationed at the Erbil International Airport complex have been hit repeatedly by rockets and drones in which U.S. officials blame Iran-linked militia groups, but there have been no such attacks for months.

The city of Erbil has been caught in the crossroads of tensions between Iran and the United States in the past. In January 2020, a military base hosting US forces in Erbil was one of two Iraqi bases that came under rocket fire from Iran in retaliation for the American assassination of Iranian General Qasem Soleimani. As a result of the 2020 attack, no one from the American personnel was killed, reminds CNN. An Iranian-backed militia claimed responsibility for the February 2021 rocket attack on coalition forces in Erbil. One civilian contractor was killed, and a US soldier and several US contractors were injured.

Iraq has been rocked by chronic instability since the 2017 defeat of the Sunni Islamist group Islamic State (a terrorist organization banned in the Russian Federation) as a result of the actions of a coalition of Iraqi , the US-led and Iranian-backed forces.

Iraqi political parties, most of which have an armed wing, are also involved in tense negotiations to form a government after the October elections.

Shiite groups close to Iran militias are privately warned that they will resort to violence if left outside any governing coalition, writes The Guardian.