After the show with the flag of Ukraine, a “mousetrap” worked on Zmeiny

For the sake of PR, Kyiv is ready to sacrifice the lives of its military

After a few days ago, Russian troops left Zmeiny Island, as it was said “as a gesture of goodwill”, military experts called this gift is a “Trojan horse”. And they were right. Kyiv again suffered losses, this time for the sake of a PR campaign with the hoisting of the Ukrainian flag on this rock in the Black Sea. 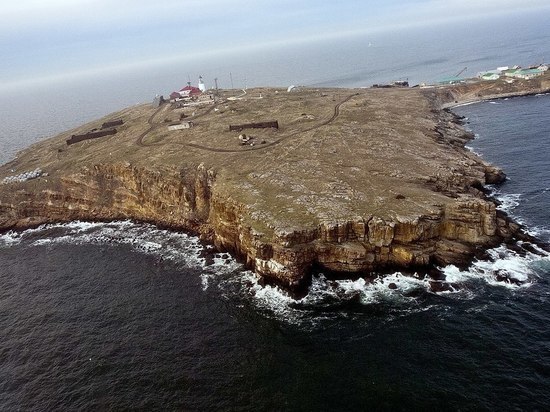 The PR campaign was very necessary for Kyiv after the rapid surrender of Severodonetsk and Lysichansk. The empty island was best suited for demonstrating the “overcome”. The action was implemented in several passes.

First, they threw the flag of Ukraine from a helicopter onto the island and quickly flew away so as not to fall under fire. A few days later, special forces were sent to Serpentine on motor boats.

How this idea ended, the Russian Ministry of Defense said in a regular report. According to him, on the night of July 7, an attempt was made to symbolically deliver the flag to Zmeiny. At about 5 am, several Ukrainian soldiers landed on the island. A video filming was made with the unfolded “yellow-black” flag. Well, and then there was a “salute” – the aircraft of the Russian Aerospace Forces, according to our Ministry of Defense, immediately struck with high-precision missiles. Part of the military died, the rest managed to retreat by boat in the direction of the village of Primorskoye, Odessa region.

What are the conclusions from this story? Firstly, Kyiv does not feel sorry for sacrificing the lives of several of its special forces for the sake of a beautiful picture.

Well, and most importantly (experts warned about this) – Zmeiny and everything that happens around him are under the control of Russian surveillance equipment and in the zone of guaranteed destruction. This is a kind of mousetrap in which the Armed Forces of Ukraine have fallen, and if they do not change their tactics, they will fall more than once. All military facilities of the Armed Forces of Ukraine on Zmeiny will be liquidated quickly and without any risk to us.

Commenting on the events around Zmeiny, military expert Captain 1st Rank in the reserve Volodymyr Gundarov noted that the Ukrainians “need blood from the nose as a symbol of victory” , at least some.

“They know how to make a disinformation campaign out of nothing. Now for a month they will tell from all the irons how they “captured” what was liquidated before the evacuation – radar, weapons and ammunition, ”Gundarov said.

In turn, a military expert, editor of the Arsenal of the Fatherland magazine ” Alexey Leonkov, commenting on the message of the Ministry of Defense of the Russian Federation, wrote on social networks: “I am satisfied with the work of the zero cycle carried out by the forces of the Russian Aerospace Forces on Zmeiny Island! Send more – construction waste!”

Ukrainian politician Oleg Tsarev also commented on the Kyiv action on Zmeiny: “Ukraine held another flash mob, the practical benefit of which is zero.”

In his opinion, ” Odessa must be liberated, and the Serpent's Island will be a pleasant appendage to it, which we will automatically receive.