A prisoner from Azov spoke about foreign mercenaries in Mariupol

According to him, there are 200-300 foreign employees at the Azovstal plant.

A fighter of the Azov regiment who surrendered (recognized as extremist and banned in Russia) spoke about those present foreign mercenaries at the Azovstal plant in Mariupol. 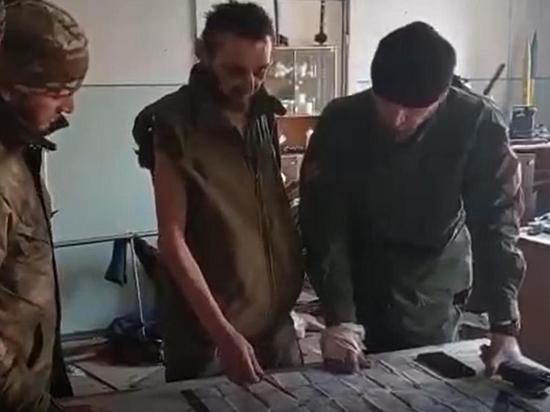 A video with this statement was published in the telegram channel of the head of Chechnya, Ramzan Kadyrov.

According to the prisoner, the number of foreign employees is 200-300 people. There are one and a half to two thousand Azov fighters at the plant.

According to Kadyrov, the words of the surrendered fighter will be taken into account in his favor as extenuating circumstances.

Also, the prisoner revealed the location of the “Right Sector” (recognized as extremist in the Russian Federation and banned) and self-defense troops. According to him, they include 500 employees.

Kadyrov claims that he managed to obtain valuable information about the number, armament and deployment of the Armed Forces of Ukraine.

Also, the head of Chechnya pointed to the “transformation” of captured fighters . At the end of the video, the prisoner is asked to take off his clothes and show his tattoos.