“Unfortunately, we are not being heard”

Relations with Japan continue to deteriorate. Today, the Japanese Ministry of Foreign Affairs, for the first time since 2003, in its “Blue Book of Diplomacy” – a diplomatic reference book published regularly since 1957 – called the disputed islands of the Kuril chain “illegally occupied” by Russia. 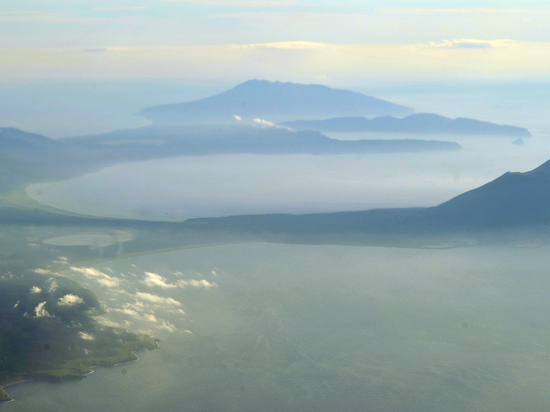 How the Russian Federation, for which the issue of the South Kuriles is very difficult and painful, will react to this attack, Ivan Kulnev, a Kuril resident, secretary of the All-Russian movement “September 3 – For the restoration of Victory Day over Japan”.

– In fact, everything was officially formalized in 2009, the Japanese Parliament then officially adopted changes to its law “On the Northern Territories” about the so-called “occupied territories”, that is, they declared at that time that these are their islands – our Iturup , Kunashir, Shikotan, and the Habomai group of islands, and they will seek their return to Japanese jurisdiction.

They never gave up on this idea. Even when in 1951 they signed the peace treaty of San Francisco with the allies in the anti-Hitler coalition (the Soviet Union, as you know, refused to sign it), since then they have constantly proved and continue to prove that this is their land.

– To be honest, it is very difficult to understand our position. All political parties spoke out in 2009, saying, how is it possible, it is necessary to adopt a similar legislative act specifically for the Kuriles, that we will not give up a single inch of Russian land. But there was an official response that nothing needs to be done – this, they say, is all ours, so there is no need to prove anything to anyone. It seems to me that by our conciliation we compromised and remained silent. I think we began to flirt with them, but it was necessary to answer as harshly as possible.

– Why? retaliatory economic sanctions. Although some, on the contrary, talked about possible concessions, of course, not to give Kunashir and Iturup, but small islands. Like, nothing like that will happen, we will not lose. This fueled revanchist sentiment in Japan, and what we now see with the wording “illegally occupied” is the result of such a policy.

In addition to such high-profile statements, we now also have sanctions from Japan, the freezing of our assets, and so on. And again, we do nothing in response, instead of forbidding them, for example, to fish in our territorial waters. This is generally a world precedent for foreign fishermen to manage as they wish in the internal territorial waters of the country. And unilaterally.

– Yes, the Japanese have a notification agreement, but it is unequal. Because our fishermen can only fish with quotas. In addition, the Japanese also poach, local residents are well aware of this, they pass information upstairs – and nothing. There is no other country in the world like this. And that's what all these compromises led to in the end. Our good neighborly attitude is perceived as a weakness.

– Yes, they were carried out by the Committee on International Affairs and the Commission on Geopolitics, the question was raised not to renew this agreement with Japan, which causes environmental, economic damage, and also threatens our national security.

– Unfortunately , they don't hear us. Which once again was confirmed by Japan's statement today about the “occupied territories”.

– It is necessary to take concrete economic and political steps in response to such a hostile attack. First of all, of course, do not renew the agreement. Then detain all violators and punish to the fullest extent of the law. In addition, a corresponding letter has already been sent to Dmitry Medvedev, as chairman of the Security Council, that we must immediately revive and solemnly celebrate the day of victory over Japan. This attitude of ours, I think, will enlighten Japan a little and force them to reconsider their position.

– But for now, we do not react at all, neither to Japan's statements, nor to their behavior. We must guard our national interests. In the meantime, they give us sanctions, they give us “occupied territories” – and in response, we still continue to sell our resources to them, as if nothing is happening. And what will happen next, where it will all go, I do not know. But so far, no real reaction to what is happening is visible.

Help “MK”: The latest version of the “Blue Book” at a government meeting was presented by Japanese Foreign Minister Yoshimashi Hayashi. The book included data that the southern part of the Kuriles is “territories belonging to Japan, which are currently illegally occupied by Russia.” A year earlier, it said more gently that the disputed islands are “those subject to the sovereignty” of Japan.